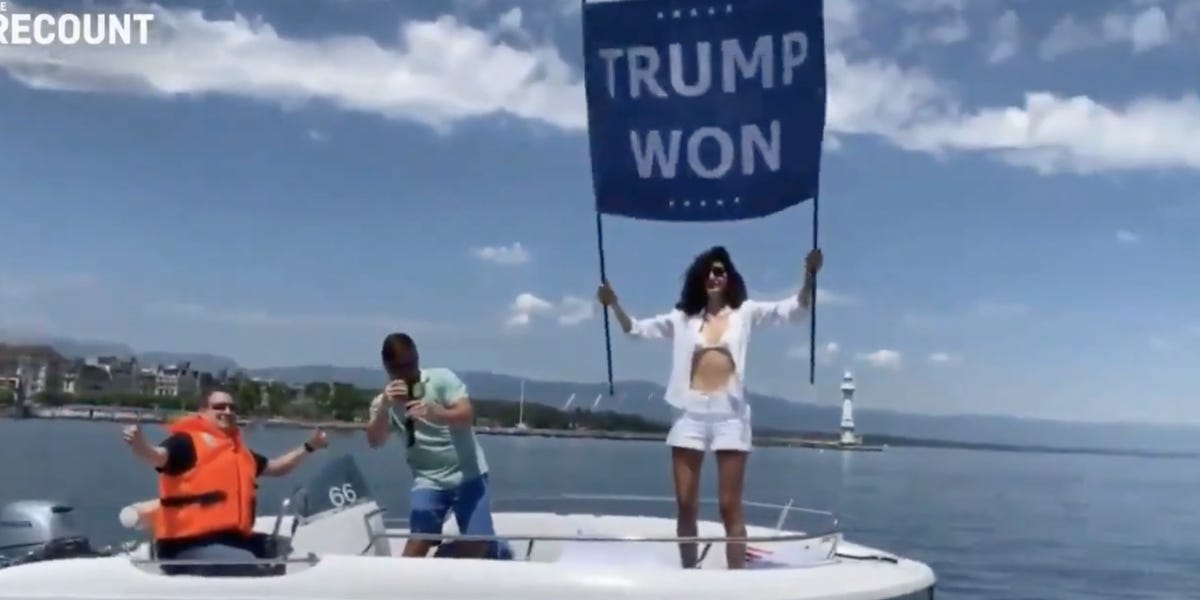 Noor bin Laden, who has denounced the 9/11 attacks, which her uncle masterminded, came out last year as a supporter of President Donald Trump and the QAnon conspiracy theory.

Watch the video of her protesting on Lake Geneva here:

Trump and his allies have pushed the false narrative casting doubt on the legitimacy of Biden’s victory over Trump in the 2020 election.

Noor bin Laden tweeted Wednesday: “Protesting on lake Geneva was not only about standing for election integrity, but also about standing with those who have been unjustly arrested for defending the truth since 1/6.”

She was referring to the January 6 insurrection, when Trump supporters stormed the US Capitol. More than 520 suspects have been charged, and FBI Director Christopher Wray said on Tuesday that the agency was still hunting down hundreds more people.