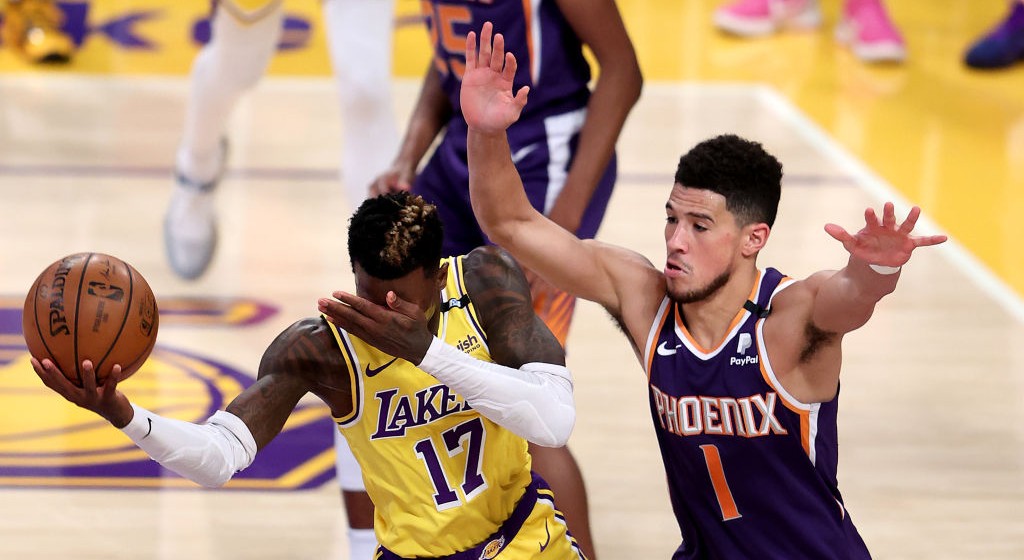 After the Lakers won two in a row to take a 2-1 series lead, the Suns have rattled off their own two-game streak to take a 3-2 lead and put the defending champs on the brink of elimination going back to L.A. for Game 6 on Thursday night.

Game 5 was a rout from the beginning, with the Suns leading by 30 at halftime as the Anthony Davis-less Lakers had no juice and no answers for a Suns team that was clearly ready to take advantage of the Lakers being without one of their two superstars. Davis’ status for Game 6 remains in question, with Frank Vogel simply offering a “we’ll see” on Wednesday when asked about Davis playing with his groin strain, and his presence obviously is a pivot point in this series. When Davis has played well, the Lakers have won, and when he hasn’t or when he’s been hurt, they haven’t. LeBron James’ workload as the lead creator for the Lakers is already immense when Davis plays, and when he doesn’t, they simply lack the offensive firepower to keep up with a team like Phoenix.

As such, everyone is waiting on Davis’ game time decision, although based on how the books are placing this game they seem to be expecting him to play with L.A. as a slight favorite. It’s hard to take much away from Game 5 other than the Lakers just aren’t good enough sans Davis, but how good they are with a likely below 100 percent version of Davis against a Suns team feeling very confident remains to be seen.

In Game 5, the Suns covered with ease as five-point favorites and the Under moved to 4-1 in the series, holding below 207 in the 115-85 Phoenix win.