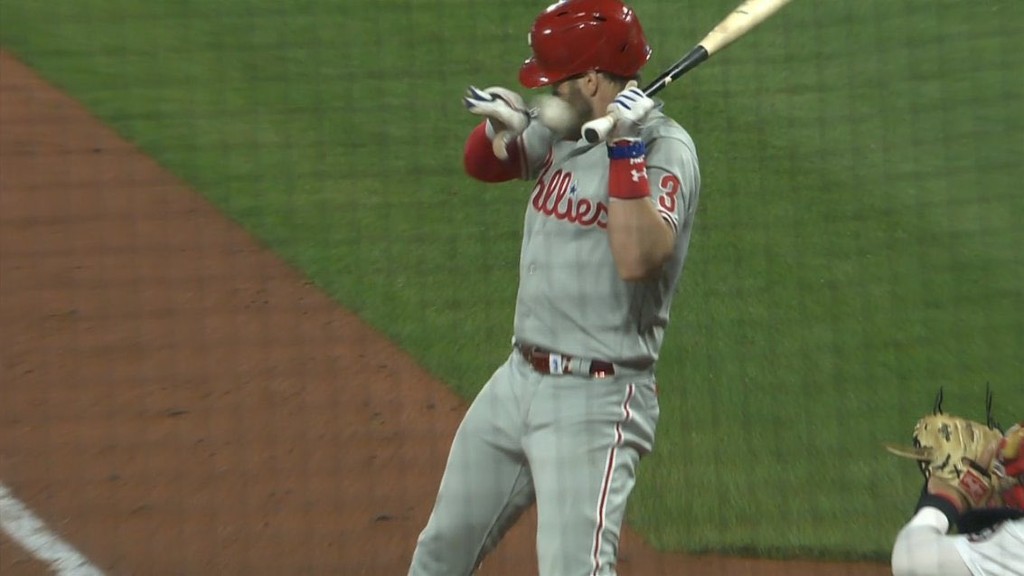 Bryce Harper has gotten off to another strong start to the season, with a 1.083 OPS for the Phillies to start the season with six home runs and 10 RBIs in the first 22 games. Unfortunately for Harper and the Phillies, it’s possible that the star right fielder will miss some time after a terrifying scene in St. Louis on Wednesday night.

In the sixth inning, Harper took a 97 MPH fastball from Genesis Cabrera to the nose, trying to bail out of the way from a pitch that just kept riding up and in and got past his hand to hit him in the face. Harper was, happily, able to walk off on his own power but left the game with a cut and undoubtedly some serious soreness and pain, with Matt Joyce coming into the game for him to pinch run.

Cabrera also hit the next Phillies batter, Didi Gregorius, before getting pulled. We won’t know more on Harper’s status until they run some tests, but one would assume he will have a nasty bruise, possibly a broken nose, and will be monitored for a concussion after every hitter’s worst nightmare.

UPDATE: After the game, Harper posted a video to say he’s “all good” and show that his “face is still here,” while noting that his CT scans and everything else taken after the scary incident came again clean, which is great news.

Source: Bryce Harper Left Phillies-Cardinals After Getting Hit In The Face With A 97 MPH Fastball

The GOP Is a Grave Threat to American Democracy