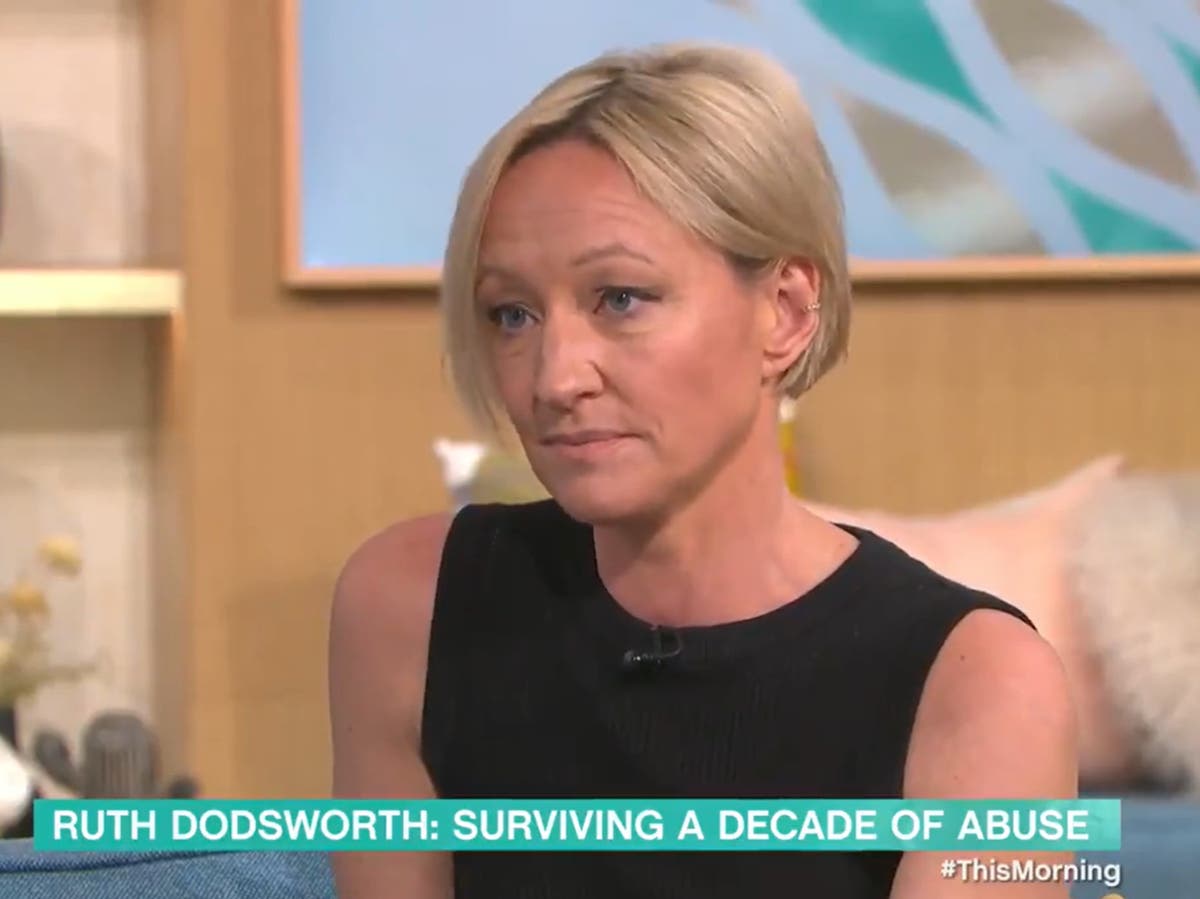 ITV weather presenter Ruth Dodsworth appeared on This Morning earlier today (21 April), opening up about her experiences with domestic abuse.

Dodsworth’s ex-husband Jonathan Wignall was sentenced to three years’ imprisonment earlier this month for one count of coercive and controlling behaviour and stalking.

The pair had been married for 18 years, with Dodsworth reading a victim impact statement in court prior to Wignall’s sentencing.

Speaking to This Morning hosts Phillip Schofield and Rochelle Humes, Dodsworth said: “The details of my case were never meant to be public, but for one reason or another, they were out there.

“That decision to go public was almost taken away from me,” she added. “It has been the hardest time, but in hindsight it has been the best thing that has happened.”

The presenter described an instance that had taken place just under two years ago when the situation was “at its worst”.

“I’d been in work and during that week,” she said, “he had been phoning me hundreds and hundreds of time a day, and that particular day he started drinking early in the day and by the time my children got home from school they were phoning me and saying, ‘mum don’t come home, he’s going to kill you’.”

“For me that was the turning point. I didn’t go home that night because I think if I had, I wouldn’t be here now in any way, shape or form.”

She also said that he had offered to pay her children to check her phone, taken “hundreds and hundreds of photos of me, some that I wasn’t aware of”, and placed a tracker on her car after his first arrest.

“If I could lie there and wait for him to go to sleep first then I knew I’d be ok, but if I went to sleep first, it wasn’t on his terms and he would slap me across the face to wake me up,” she said.

“This is a man that I loved and was father to my children but when that behaviour escalated, I realised that it wasn’t right.”

Viewers of the ITV morning show sent support to Dodsworth on social media, with many praising her for her bravery in speaking out.

Anyone who requires help or support can contact the National Domestic Abuse Helpline which is open 24/7 365 days per year on 0808 2000 247 or via their website www.nationaldahelpline.org.uk/

Source: ITV star Ruth Dodsworth opens up about abusive relationship on This Morning

Waiting for a fourth stimulus check? Some states are sending direct payments, too