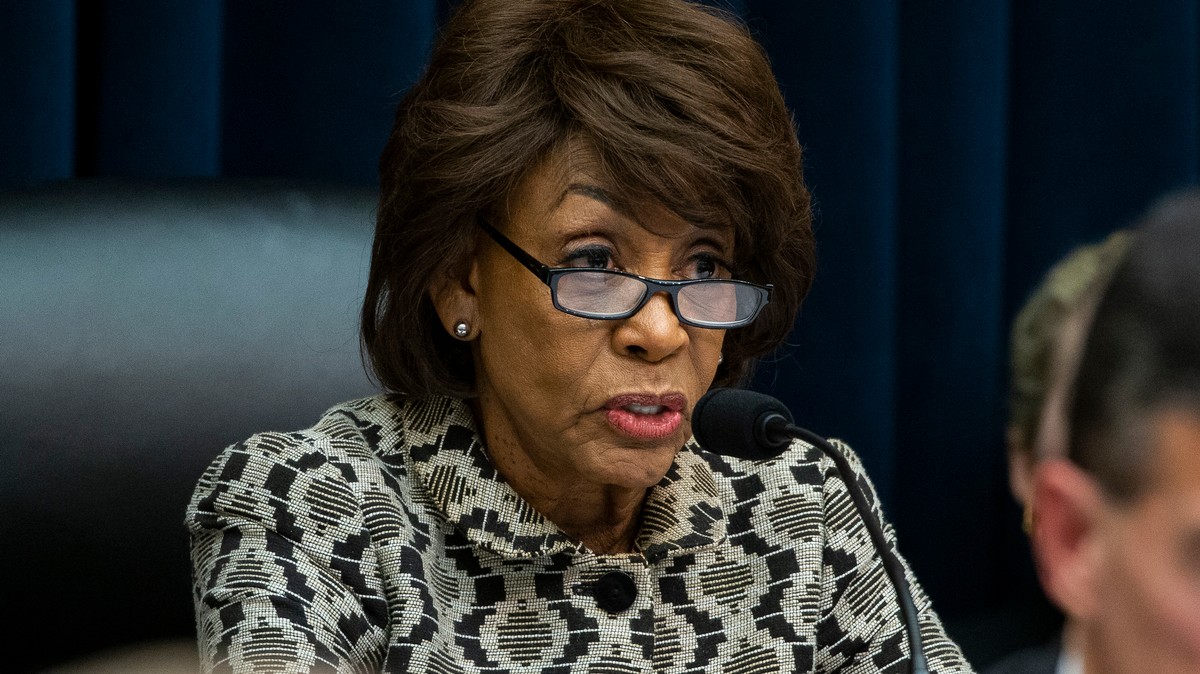 House Minority Leader Kevin McCarthy has spent the first three-and-a-half months of the new Congress failing to criticize or hold his most visible members accountable, even those who’ve explicitly endorsed violence or are reportedly under investigation for alleged sex crimes.

McCarthy says he’s planning to introduce a resolution to censure the longtime California congresswoman for comments she made Saturday at a protest in Brooklyn Center, Minnesota, following the police killing of Daunte Wright Jr. on April 11.

Waters commented that protesters should “get more confrontational” if the jury in Derek Chauvin’s trial for George Floyd’s murder doesn’t return a guilty verdict. Waters’ comments generated outrage in conservative media, and Peter Cahill, the judge in the Chauvin trial, even addressed them in court Monday, calling her comments “abhorrent” and speculating that Waters’ comments may have provided an opening for Chauvin’s lawyers to appeal a guilty verdict.

After Speaker Nancy Pelosi, a longtime Waters ally, said she shouldn’t apologize for her comments, McCarthy said he would introduce the resolution to censure Waters in a Monday night tweet, claiming Waters “broke the law by violating curfew and then incited violence.”

McCarthy hasn’t seen fit to censure his own members, however.

Earlier this year, Georgia Rep. Marjorie Taylor Greene’s old Facebook posts were uncovered showing endorsements of violence against prominent Democrats, including liking a comment referencing a “bullet to the head” for Speaker Nancy Pelosi. In that case, McCarthy did not try to remove Greene from her committee assignments, although House Democrats, and nearly a dozen Republicans, did it anyway. (On Jan. 6, McCarthy himself voted to overturn the results of the presidential election, and then a week later he opposed the impeachment of President Donald Trump, who told supporters to “fight like hell” against the election results.)

And then there’s the case of Rep. Matt Gaetz, who is currently under investigation into whether he had sex with a 17-year-old girl and paid her, the New York Times reported last month. (Gaetz has confirmed that he’s being investigated but denies any wrongdoing.)

McCarthy said last week that Gaetz had denied the allegations in a private meeting with the House leader, and didn’t support a call to remove Gaetz from his role on the House Judiciary Committee—which has oversight on issues involving the department that’s apparently investigating him right now.

“He’s innocent until proven guilty,” McCarthy said at a press conference last week. “There’s no charges against him yet. If a charge comes forward, that will be dealt with at that time.”

In Waters’ case, however, McCarthy is backing Greene’s effort to punish Waters. The Georgia congresswoman filed a resolution Monday to expel Waters from Congress, saying in a statement Sunday that Waters’ comments “led to more violence” and even blaming Waters for an apparent drive-by shooting targeting Minnesota National Guard members.

While McCarthy’s resolution doesn’t go as far as expelling Waters from Congress, a successful censure effort—which would require several Democratic votes if the Republican caucus held together on the vote—would have real consequences for Waters.

According to the House Democratic Caucus’ rules, any member who’s censured or convicted of a felony is to lose their chairmanship of any committee or subcommittee, meaning Waters would be stripped of her leadership over the House Financial Services committee.

Censure doesn’t happen often. The last member to be censured was former Rep. Charlie Rangel in 2010, over nearly a dozen charges of ethics violations.

For her part, Waters has denied she called for violence over the weekend, and in an interview with TheGrio she described the GOP seizing on her words as part of a campaign strategy.

“I am nonviolent,” Waters told TheGrio Monday. “Republicans will jump on any word, any line, and try to make it fit their message and their cause for denouncing us and denying us, basically calling us violent.”

Get the latest from VICE News in your inbox. Join right here.