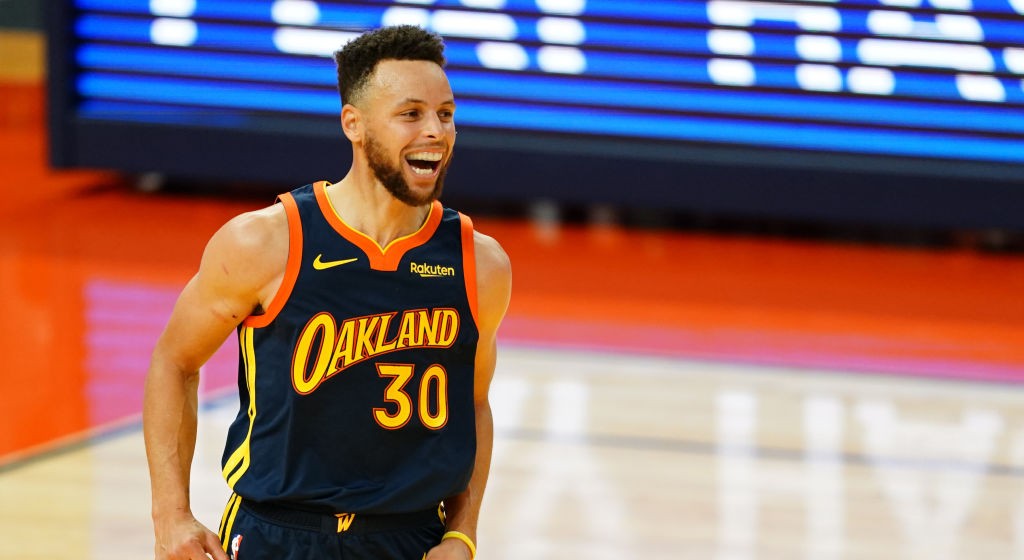 Stephen Curry entered Monday night’s nationally televised tilt against the Philadelphia 76ers in the midst of a sensational hot streak. After missing five games in late March, Curry scored at least 30 points in ten straight appearances, and he converted ten three-pointers or more in three of the previous four games. With that in mind, it would’ve been fair to suggest that Curry was due for something of a cooling period but, after a barrage of ridiculousness against his brother Seth and the 76ers, observers will have to wait a bit longer for Steph to return to Earth.

Curry led the Warriors to an upset victory over Philadelphia, prevailing by a closing rating of 107-96 on the road. Along the way, he knocked down ten three-pointers once again, and he walked off the floor after a 49-point performance with a newfound buzz in NBA MVP discussions.

Prior to the fourth quarter, Curry’s performance was an exercise in consistency, as he scored 11 points, including a trio of three-pointers in the opening period. The final connection came at the first quarter buzzer.

Curry followed that up with nine points in the second quarter, reaching 20 at the half, but he obviously wasn’t done just yet. Curry did have his coolest shooting stretch of the night in the third period, but he still managed to score nine points and, in playing the entire 12-minute quarter, he was key in Golden State taking a five-point advantage.

Then, the fourth quarter arrived and Curry was, well, ridiculous. The two-time NBA MVP connected on all five of his three-point attempts in the closing period, making dominance look effortless.

Not only did Curry stuff the stat sheet with 20 points in fewer than seven (!) minutes of court time in the fourth quarter, but he put the game away with his brilliance.

When the final buzzer sounded, he racked up 49 points on 14-of-28 shooting, with 10-of-17 from three and 11-of-12 from the free throw line, adding five assists along the way. Fittingly, Curry’s showing ended with MVP chants reigning down while he was at the free throw line… on the road in the house of an MVP candidate in Embiid.

The win brings Golden State to just 29-29 on the season, and that type of team performance does not usually yield MVP consideration to a particular player. In this case, though, the Warriors are staggeringly better when Curry is on the floor, and this recent stretch of 30-point games, coupled with shooting that no player in history can match, might vault him back into the discussion. At the very least, Curry put on fairly a show on Monday, and the Warriors picked up a needed win in the process.