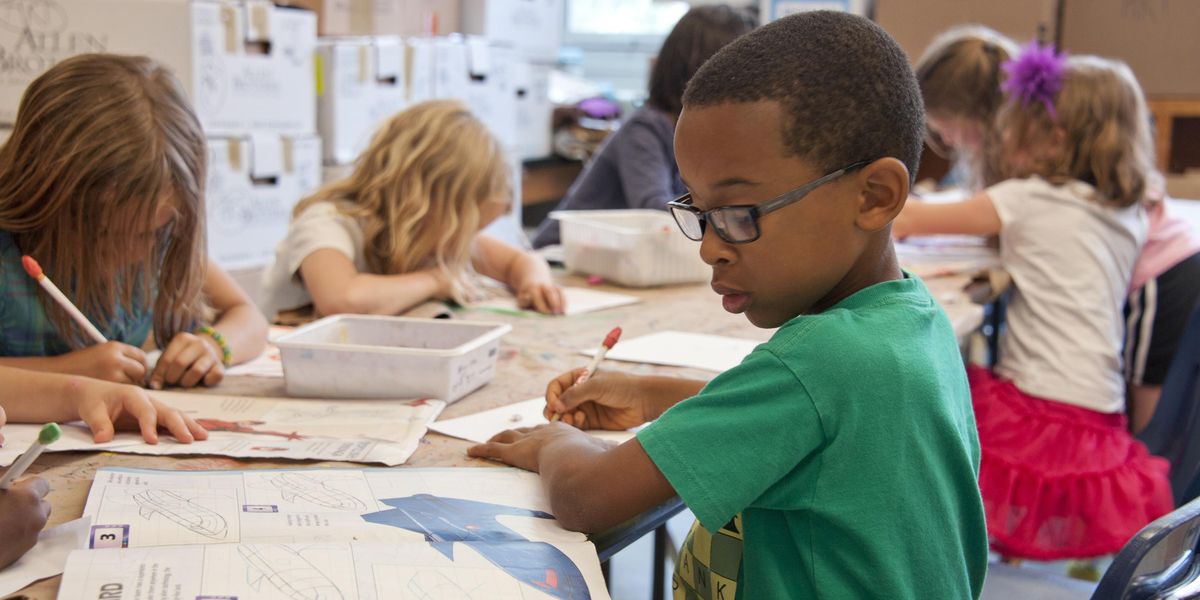 From the outset, charter schools were somewhat of a blind man’s elephant—people saw in them whatever they wanted—but two competing theories that helped propel the charter movement were that the schools would serve as laboratories for experimenting with new education approaches that could be shared with public school districts, or that charters were created to disrupt the public school system by giving parents an alternative to district-run schools.

When the federal government got involved in creating new charter colleges, beginning formally in 1994, it leaned into the former of those theories rather than the latter. The bill that led to the forming of the Charter School Program (CSP) under the Department of Education described charters as “a mechanism for testing a variety of educational approaches,” and to this day, part of the mission of the CSP, as defined by the education department’s Office of Innovation and Improvement that oversees it, is to “increase public understanding of what charter schools can contribute to American education.”

Since its inception, the CSP has given out more than $4.1 billion to create and expand charter schools, according to a December 2019 report by the Network for Public Education (NPE).

Yet somewhere along the way, the CSP forgot its duty to create and oversee a charter sector that benefited the public system and instead has chosen to reward schools that give narrow slices of children and families a publicly funded alternative to their local schools. NPE has called on members of Congress to “defund” the CSP, saying it’s “a program that has lost its mission.”

Indeed, the CSP seems generally to have abandoned its original commitment to a cooperative model of charter schools and has instead tended to award charters that disrupt school districts by creating competitive schools that serve only the interests of specific populations of students rather than developing innovations that all students could benefit from.

In compiling a March 2019 NPE report that I coauthored with NPE executive director Carol Burris, we found numerous examples of CSP grants that were awarded to schools that tailored their policies and programs to attract specific populations of students and discourage others.

In one example we found, an Idaho charter school that received a five-year $1,250,000 grant in 2018 to expand its enrollment emphasized a military theme in its recruitment, enforced a strict dress code, and emphasized “patriotism” in its curriculum. Therefore, it was unsurprising that the school enrolled a student population that had a disproportionately lower percent of English language learners and a higher percent of white students compared to schools in the surrounding community.

Another CSP grantee received $1,115,137 in 2018 for expanding its “diverse” student body even though the school had achieved that “diversity” by enrolling 100 percent of the small number of white students in the community and the population of Black students who were least apt to be from households with incomes low enough to qualify for free or reduced-price lunch.

In another alarming case, a recipient of multiple federal grants totaling about $7 million between 2006 and 2015, the Great Hearts chain of schools, was cited four times in a 2017 report from the ACLU of Arizona for operating schools that practiced “illegal or exclusionary” policies and practices—including turning away transgender and special needs students and enrolling students who were disproportionally white and wealthy, compared to the communities where the schools were located.

An Egregious Example of Exclusion

The most egregious example we found was the multiple grants awarded to charters operated by BASIS Educational Group. From 2006 to 2014, the CSP awarded grants of $5,605,000 to several charter schools operated by the education management company, with most of the funding ($4,140,000) passed through a grant to the state of Arizona.

Our report pointed to an analysis of the student demographics of BASIS schools in Arizona that Burris had published in the Washington Post in 2017, which found those schools’ enrollment demographics comprised a racial makeup that was dissimilar to the rest of the state.

Specifically, Burris found that although the student population of Arizona public schools was 5 percent Black and 45 percent Latinx, students in BASIS schools were only 3 percent Black and 10 percent Latinx. BASIS overwhelmingly enrolled students who were Asian, 32 percent, and white, 51 percent, compared to Arizona public schools, where Asian students comprised only 3 percent of students, and white students were 39 percent of school enrollments.

Burris observed a number of tactics BASIS charter schools employed to skew their student enrollment to students who are more socioeconomically advantaged, including limiting its schools’ enrollment of students with learning disabilities and students struggling with the English language; eschewing the federal government’s free or reduced-price lunch program that low-income families rely on to feed their children during the day; and opting not to provide free bus transportation to its schools.

When I looked for a source to update Burris’ findings, I consulted Kevin Welner, the director of the National Education Policy Center at the University of Colorado Boulder, whose book on charter schools issues is due out in the fall.

“In BASIS Arizona, only 1 p.c of all students are English language learners,” he said, “and only 1 percent are eligible to receive free or reduced-price lunch (FRPL). This is in a state with 52 percent FRPL students in public schools. We see similar under-enrollment of students with special needs. In BASIS Arizona, only 3 percent of students have [a disability requiring special needs], compared to 13 percent in the state’s public schools. Similarly, in 2018, we found that less than 2 percent of BASIS students in Texas received any kind of special education services.”

So, if the purpose of the federal government’s CSP is to “increase public understanding of what charter schools can contribute to American education,” then what we’ve learned is that these schools, at least how they are currently conceived and replicated, are adding to divisions and inequities in the public system rather than lifting up the common good.

No one argues that schools should not serve the interests of a specific racial student population or the needs of students who have high skill levels. But to make those aims the sole rationale for funding a vast charter entity that competes with local schools, at the expense of other types of students in the community, is antithetical to the whole concept of a public education system. Yet that is what the CSP has been funding. And unless the political will becomes evident, it has no reason to stop doing so.

The program gives millions to schools that disrupt rather than improve a system of public education that needs to serve all students.

This article was produced by Our Schools. Jeff Bryant is a writing fellow and chief correspondent for Our Schools. He is a communications consultant, freelance writer, advocacy journalist, and director of the Education Opportunity Network, a strategy and messaging center for progressive education policy. His award-winning commentary and reporting routinely appear in prominent on-line news outlets, and he speaks frequently at national occasions about public education policy. Follow him on Twitter @jeffbcdm.