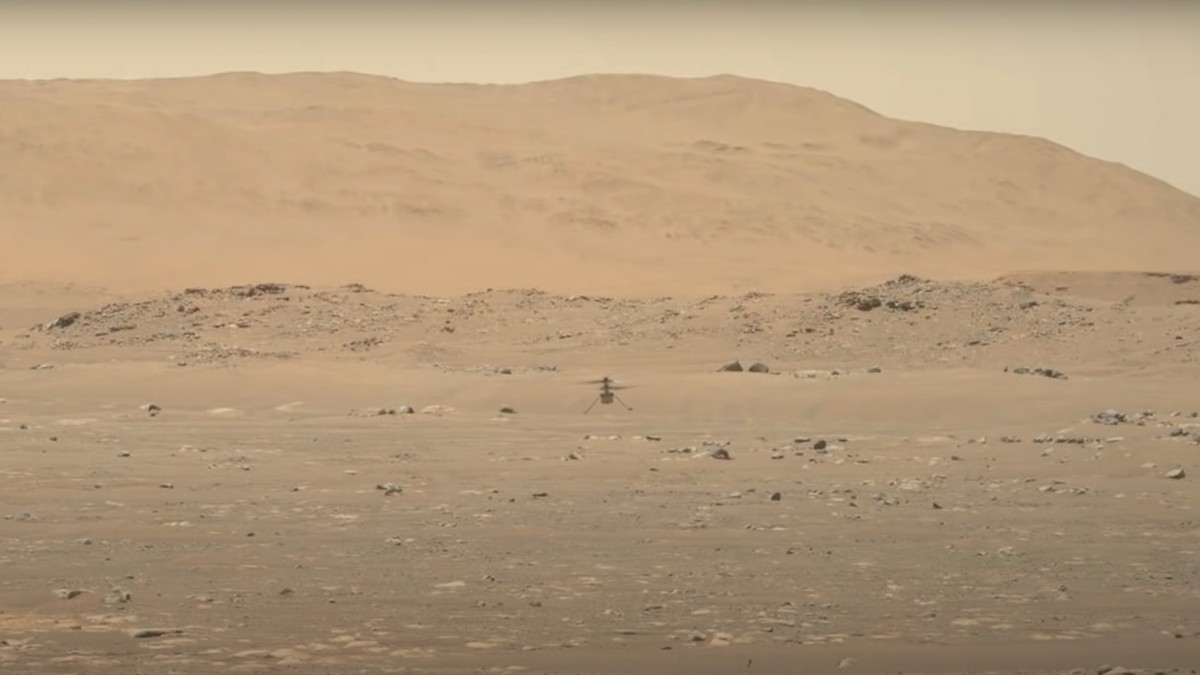 Behold: the complete video of the first powered, controlled flight on another planet.

NASA released this extraordinary footage of its Mars helicopter, Ingenuity, ascending 10 ft into the air on Monday. The video is just short of a minute, and was shot by the Mastcam-Z cameras onboard the Perseverance rover, which stood at a safe distance of 211 feet from Ingenuity.

The footage captures Ingenuity spinning up its blades, ascending to its maximum altitude, hovering for about 30 seconds, a period in which it is visibly pushed around by some light Martian winds. The helicopter then safely returns to the ground, an area that has been officially named Wright Brothers Field, before spinning down its rotors.

Perseverance had already sent back some of its images of the historic flight early on Monday morning, but the full video became available shortly before a NASA press conference held at 2PM ET that delved into some of the initial findings from the first flight.

NASA plans to attempt more challenging flights over the next month, so this will likely not be the last time we see Perseverance’s view of the extraterrestrial flyer.

“Ingenuity is the latest in a long and storied tradition of NASA projects achieving a space exploration goal once thought impossible,” said acting NASA Administrator Steve Jurczyk, in a statement.

“We don’t know exactly where Ingenuity will lead us,”  he added, “but today’s results indicate the sky—at least on Mars—may not be the limit.”

In the US, wind power is getting bigger and better, report says

Experts are terrible at predicting the falling cost of clean energy