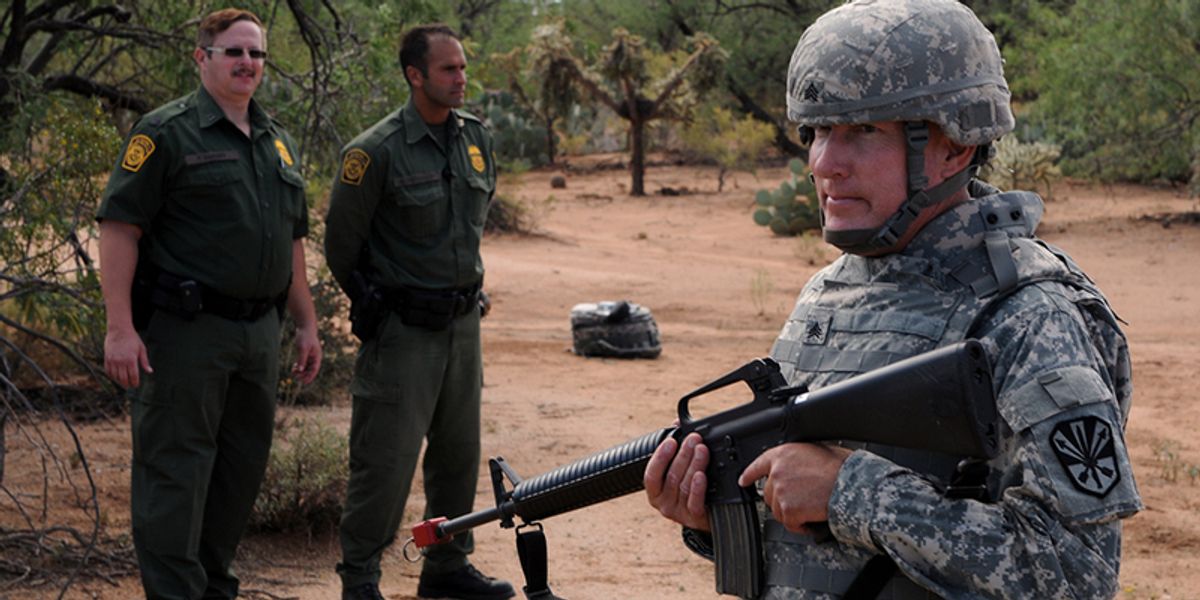 President Joe Biden has been lauded for his empathetic comforter-in-chief responses to the ravages of the coronavirus, economic pain and gun violence. But anyone worried about the fate of non-citizens in the US, or at the border, has observed not empathy but a toxic mix of indifference and willful commitment to pointlessly punitive policies.

From a failure to rescind the former president’s Title 42, causing almost all recent asylum-seekers to be expelled from the US, to his equivocation on the 2021 refugee cap, it’s almost impossible to find good news about immigration policy in 2021.

Biden isn’t exceptional. For Democrats, “border security” is a familiar posture, whether or not immigration reform is on the table. Bill Clinton presided over the creation of a legal architecture leading to mass immigrant incarceration. Barack Obama pushed the limits of the deportation infrastructure that was built in the interim, deporting more people from this country than any president to this day.

But the very phrase “border security” is misleading, training our minds on ominous-sounding but imaginary threats from outside the US and distracting us from the very real threat posed by an enormous militarized force charged with policing immigration.

In fact, much of the devastation causing people to flee triangle countries (Guatemala, Honduras and El Salvador) is the direct result of the deportation of gangs formed in the US (notably, MS-13 and Barrio 18) as well as American interference with those three countries dating back to the early 20th century. Today, we’re told we want border security forces to prevent trafficking, among other crimes. Too often, though, it is the border police themselves engaging in trafficking and related criminal activity.

Two agencies, Immigration and Customs Enforcement (ICE) and Customs and Border Protection (CBP), are responsible for policing immigration. They decide who gets arrested, who gets hearings, who is deported, and who will be jailed indefinitely. They are huge, awash in cash, poorly supervise and incentivized to be maximally cruel.

CBP alone constitutes the largest federal law enforcement agency in the US. Together, the two agencies consume nearly $20 billion a year, a non-trivial portion of which goes to shadowy private companies like Geo Group and Core Civic for incarceration and, increasingly, for so-called e-carceration that can transform any home or neighborhood into a penal outpost, often with very little protection for anyone’s data privacy.

Even when they don’t outsource their work, we underestimate the dangers posed by ICE and CBP. ICE is reported to generate thousands of sexual and physical abuse complaints each year. CBP agents are more famous for indifference to law. They are five times more likely to be arrested than other law enforcement agents. They have been found illegally cooperating with citizen militias that dress in police costumes and “patrol” areas where they think they’ll encounter people they can harass and abuse.

CBP’s lawless culture is likely in part an outcome of the fact that the US Congress and the US Supreme Court have affirmed a distinct interpretation of the 4th Amendment that gives CBP leeway, in many instances, to stop, search and question people without warrants or the kinds of suspicion required of all other law enforcement agents. Last year, CBP drones were seen flying over protesters in Minneapolis. ICE has also targeted and harassed journalists and lawyers who specialize in immigration issues.

Deportation and detention could sound like problems for only non-citizens and mixed-status households, but as long as deportation forces have existed, those same forces have arrested and sometimes expelled US citizens. In the case of ICE, the number of citizens targeted for deportation is quite high. The Cato Institute estimates that over the course of 11 years, it is likely that more than 20,000 citizens were issued ICE “detainers” (i.e., requests from ICE or DHS to native law enforcement to keep people incarcerated who would otherwise be released so that ICE agents can pursue them).

There are many reasons that we find ourselves living with two sprawling immigration police forces that each year encroach further on the basic civil rights and safety of everyone in the US. But one important reason is that their very existence implies threats from outsiders that do not exist. For all the money, weapons and power that CBP and ICE have claimed, they have not reduced crime rates, ended the illegal narcotics trade, prevented the flow and use of deadly weapons, or in any other way made people safer. To the contrary, all too often is the immigration police who are committing crimes, trafficking illegal substances and compromising our security.

Source: Immigrants aren’t the real threat in the United States — ICE and the Border Patrol are

Cops “almost 99.9% sure” Tesla had no one at the wheel before deadly crash