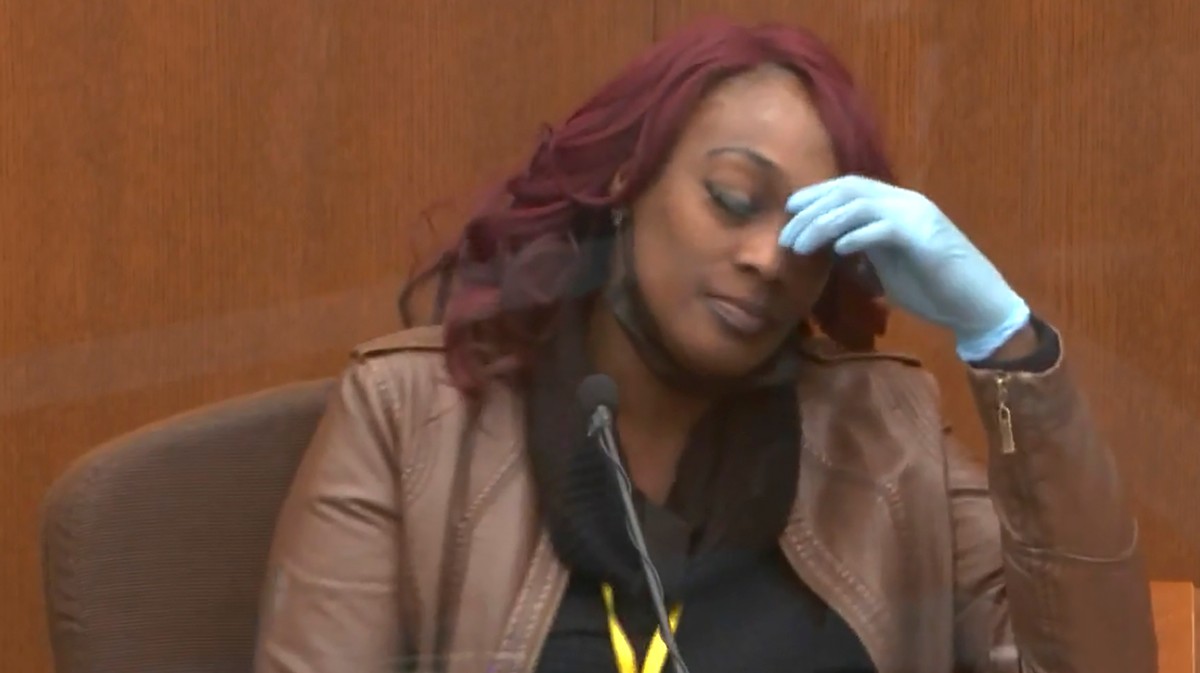 Want the best of VICE News straight to your inbox? Sign up here.

For the first time Tuesday, the defense for Derek Chauvin had a chance to call its own witnesses to the stand in an attempt to prove that the former Minneapolis police officer didn’t murder George Floyd last May.

But it didn’t seem to go quite as they’d planned. In some cases, witnesses testified to facts that bolstered the state’s arguments against Chauvin—rather than his defense.

The first defense witness the jury heard from Tuesday was Minneapolis Police Officer Scott Creighton. He initiated Floyd’s May 2019 traffic stop and subsequent drug arrest, when officers approached Floyd sitting in his car and eventually drew a gun on him when he failed to put his hands on the vehicle’s dashboard.

Creighton’s testimony was paired with parts of his bodycam footage that day, which the prosecution fought to exclude in a pre-trial motion—and lost.

“The passenger was unresponsive and uncompliant to my demands,” Creighton said in Hennepin County Court in downtown Minneapolis Tuesday. “I then had to physically reach in, because I wanted to see his hands.”

But the footage, which was played for jurors, appeared to convey that Floyd was more afraid than uncooperative.

“Please don’t shoot me, sir, please!” Floyd is heard saying in the video as he fails to put his hands on the dash as police had asked. Though Floyd is never seen putting anything in his mouth in the bodycam footage, another officer on the opposite side of the car can be heard telling Floyd to “spit it out.”

During cross-examination, prosecutor Erin Eldridge also asked Creighton a string of questions about the barrage of orders and expletives that he and other officers had hurled at Floyd during the arrest. But Creighton agreed he was awake, alert, and able to follow orders after a few moments.

The defense later called another member of law enforcement, Park Police Officer Peter Chang, to the stand to testify that the crowd gathered in front of Chauvin and fellow Officer Tou Thao during the fatal encounter last May 25 had threatened and distracted them.

Throughout the trial, the defense has repeatedly tried to argue that the perceived rowdiness of the bystanders, many of whom called 911 or took video, impacted Chauvin’s decision to continue kneeling on Floyd, who was handcuffed and facedown on the ground. The 46-year-old Black man was being arrested for allegedly using counterfeit money at a southside Minneapolis convenience store.

“They were very aggressive toward the officers,” said Chang, who was at the Cup Foods in South Minneapolis moments before Floyd’s death. “I was concerned for the officers’ safety.”

But prosecutors attempted to dismantle Chang’s testimony by pointing out that he couldn’t see the severity of what was happening to Floyd as he heard pedestrians screaming at officers across the street, because a police vehicle obscured the scene.

Chang also told prosecutors that when he arrived at the Cup Foods store, Floyd appeared peaceful while in police custody and that he didn’t appear to pose any threat to anyone present. Chang added that Floyd was coherent enough to spell his name and provide his date of birth before officers took him to another police vehicle.

Chauvin’s defense has also tried to argue that the 11 nanograms of fentanyl in Floyd’s system that day in May, in addition to a preexisting heart condition, caused an overdose, rather than him being asphyxiated due to Chauvin’s weight on his neck and back. Floyd had battled opioid addiction for years, and when the Cup Foods clerk called 911, he told operators that Floyd appeared to be under the influence.

But Shawanda Hill, the woman who was in the car with Floyd before his death, testified for the defense Tuesday that Floyd seemed perfectly fine before officers arrived. Hill, who was visibly agitated with attorneys from both sides of the case, repeatedly told jurors that Floyd said he was sleepy when they first crossed paths earlier in the day.

“He told me in the store that he was tired because he had been working,” she told Nelson.

She’d later tell prosecutors that Floyd didn’t complain of any other ailments like chest pains or shortness of breath before his fatal arrest.

Chauvin’s defense, however, did manage to potentially sow some doubt among jurors about the appropriateness of the force the ex-cop used on Floyd. During the prosecution’s arguments, several law enforcement witnesses testified that Chauvin had no business kneeling on Floyd for more than 9 minutes—and that doing so broke police protocol and ethics.

But when use-of-force expert and police trainer Barry Brodd took the stand Tuesday for the defense, he said that Chauvin’s actions were acceptable by the standards of Chauvin’s former employer.

“It doesn’t hurt,” said Brodd, who classified what Chauvin did as a “control technique” instead of “use of force.” “You’ve put the suspect in a position where it’s safe for you, the officer, safe for them, the suspect. You’re using minimal effort to keep them on the ground.”

In the case of Floyd’s arrest, Brodd said his refusal to get into the cop car as well as the growing crowd of onlookers justified the restraint.

Brodd also argued that officers are taught that positional asphyxia, which several medical experts, police officers and law enforcement experts told prosecutors contributed to Floyd’s death, typically only affects those who are obese.

“Mr. Floyd was butted up against the patrol car, there was traffic still driving down the street, there were crowd issues that took the attention of the officers, and Mr. Floyd was still somewhat resisting, so I think those were all valid causes to keep him in the prone,” Brodd said.

Chauvin has been charged with second- and third-degree murder and second-degree manslaughter. He faces up to 65 years in prison.

Get the latest from VICE News in your inbox. Sign up right here.

Source: Chauvin’s Defense Called Its First Witnesses. It Did Not Go Well.

Protest Near Masters Pushes Back Against Georgia Voting Law