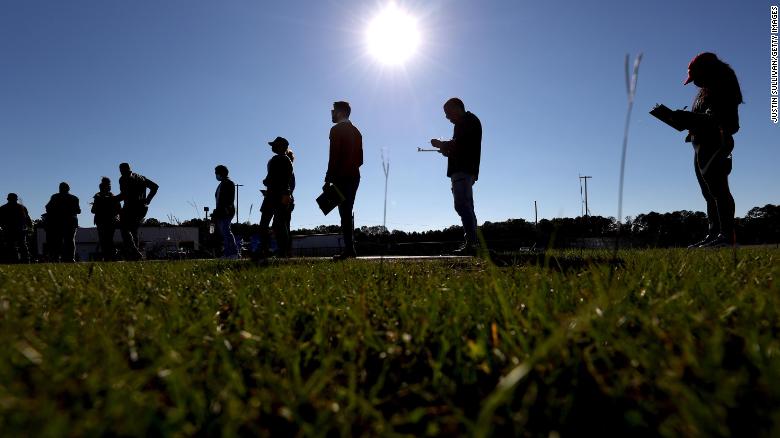 (CNN)The cancer is spreading. Last month, Georgia Gov. Brian Kemp signed SB 202 into law, a bill that will challenge the ability of many Georgians to vote on utterly baseless grounds. And last week, the North Carolina General Assembly’s Redistricting and Elections Committee heard the Tar Heel State version of SB 202.

But Georgia and North Carolina are far from alone. With more than 360 bills introduced in 47 states across the country, many of which mirror the worst of SB 202, our democracy hangs in the balance.
These restrictive bills are rooted in blatantly false claims about election fraud that have been rejected in virtually every court to consider them and debunked by local leaders and experts alike, using the facts on the ground. As former Trump Attorney General William Barr reported last year, the US Department of Justice did not see “fraud on a scale that could have effected a different outcome in the election.”
There is no need to suppress voting everywhere to address purported wide-scale fraud that never existed anywhere.
Fortunately, there is strong medicine for this sickness in our body politic — and it requires only three shots to administer.
First, there is the necessary litigation that shameful and unconstitutional bills like these are inviting. In Georgia, SB 202 already faces three legal challenges (and more will certainly follow). The new requirements were clearly crafted to strike at the voting rights of the state’s large African American population. The barriers they establish will also harm other vulnerable populations, like the elderly and those with disabilities, who make disproportionate use of the voting systems that Georgia’s lawmakers chose to attack in SB 202.
It’s not just the now infamous prohibition on giving water to those waiting in long lines of the kind often found in urban voting centers. There is also the not-so-subtle assault on drop boxes. Black Americans are more likely to hold multiple jobs than their White counterparts.
So when the new Georgia law barred outdoor or after-hours drop boxes and opted instead for indoor drop boxes only available at limited locations and for limited hours, it took aim at many Black Georgians. 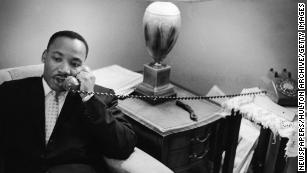 MLK was killed 53 years ago. His fight for Black voting rights has yet to be won
As a second antidote, there is the historic For the People Act (H.R. 1/S. 1). The bill represents a once-in-a-generation opportunity to establish nationwide rules for federal elections, using some of the best practices in the states and blocking some of the worst. If signed into law, the bill would restore voters to their rightful place: at the center of American democracy.
In the first in-depth look at how this legislation would affect the states, we at the Voter Protection Program compiled a new report, which focuses on the impact S.1 would have in places like Georgia.
For example, S.1 would help prevent some of the worst elements of bills like SB 202. While SB 202 would restrict some drop box access and impose new ID requirements for absentee voting, S.1 requires widely available drop box access and mandates that it be provided on a per capita basis of registered voters starting 45 days before election.
It also removes the requirement that an ID be shown to request an absentee ballot for registered voters, who may provide a signature instead.
The For the People Act would do similar good in other parts of the country. In our report, we looked at states that set records for voter registration and participation, like Minnesota, and we analyzed states that saw the most aggressive attempts to undermine the will of the American people, like Pennsylvania.
For example, in Minnesota, current law requires mail-in ballots be received by 8 p.m. on Election Day, but S.1 would deem ballots postmarked by Election Day to be valid and requires they be counted if delivered to election officials within 10 days of the election. And, in Pennsylvania, the For the People Act would help reduce delays in counting mail-in ballots by requiring the commonwealth to begin pre-processing mail-in ballots received during the early-voting period.
Third, when it comes to protecting the freedom to vote, state and local leaders have a lot of power to advance democratic reforms. While hundreds of suppression bills pose a real threat to democracy, the over 800 voting expansion bills that have also been introduced in state legislatures would make the kind of historic voter participation we witnessed in 2020 commonplace.
Many are simple, necessary administration laws — like Montana expanding ballot access for voters with disabilities and Minnesota and Florida seeking to pass automatic voter registration. And some go a step further — like the bipartisan law, to, among other things, expand early voting in deep red Kentucky, of all places.
America faces a stark choice: buy into the big lie and make voters fight their way to the polls, or uphold and expand the freedom to vote. We know a majority of Americans choose the latter, and it’s time our nation’s leaders do the same. The future of our democracy will depend on what happens next in the courts, in statehouses and in Congress.