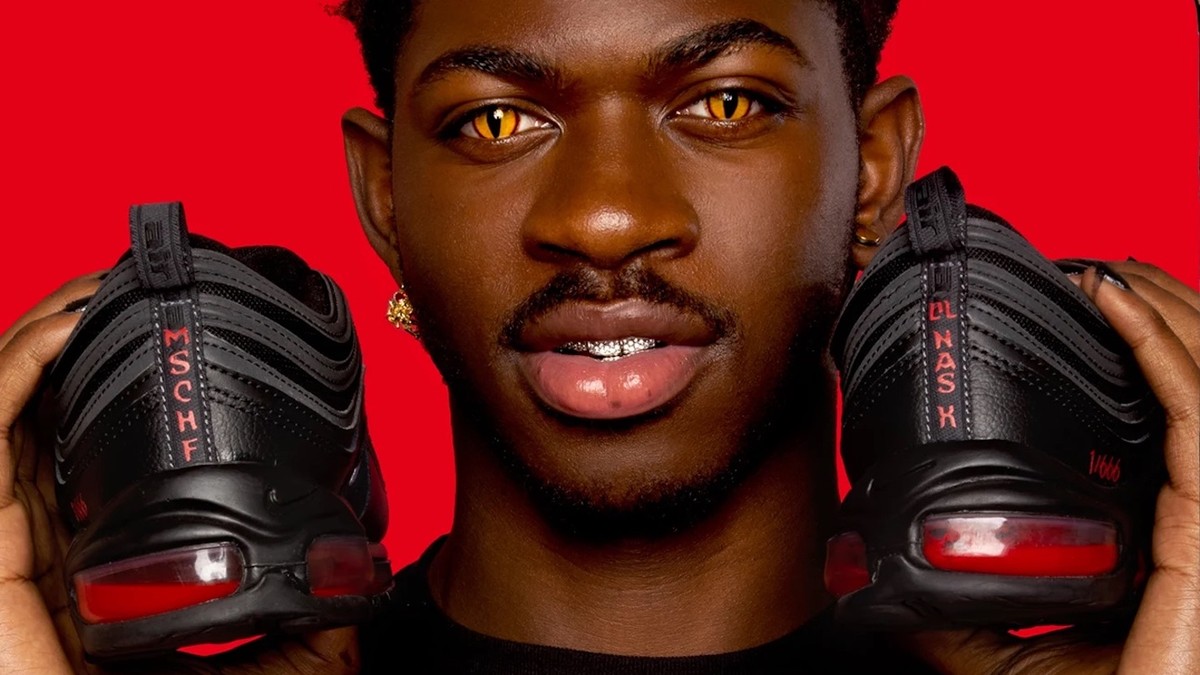 In late 2019, next-gen street art brand MSCHF released an ultra-limited run of Jesus Shoes, hand-customized Nike Air Max 97s that had frankincense wool liners, a steel crucifix dangling from the laces, and a few drops of ‘Holy Water’ from the River Jordan injected into the soles. Although the kicks sold out almost immediately, appeared on Drake’s Instagram, and hit $3,000-plus on the resale market, they didn’t get any attention from Nike—or from Pope Francis. “That would’ve been rad,” MSCHF creative director Kevin Wiesner told The New York Times last year.

On Monday morning, MSCHF released that shoe’s logical counterpart. Each pair of red-and-black MSCHF x Lil Nas X ‘Satan’ Nikes has a bronze pentagram attached to the tongue, a Bible verse about Devil’s fall from Heaven inked on its side, and a drop of human blood—donated by the MSCHF team members—injected into the sole. MSCHF’s head of commerce Daniel Greenberg told VICE that they’d “always talked about” doing a Satan-themed drop, and the premiere of Lil Nas X’s Paradise Lost-ish video for “Montero (Call Me By Your Name)” gave them the perfect opportunity.

Although Pope Francis still hasn’t publicly commented on either sneaker’s release, Nike definitely noticed this time. By Monday afternoon, it had filed a lawsuit against MSCHF, alleging trademark infringement, trademark dilution, and false designation of origin. In its legal filing, Nike wrote that MSCHF is “using the Nike [trademarks] and/or confusingly similar marks in a manner that is likely to trigger consumers and potential customers to believe that MSCHF’s Satan Shoes are associated with Nike, when they are not.” As a result, Nike said, some people have suggested boycotting their products because they believe that Big Swoosh is totally OK with the so-called ‘satanic’ version.

So what does the lawsuit mean for MSCHF and for Lil Nas X, going forward? VICE reached out to a couple of attorneys to find out.

“When a company like Nike brings a lawsuit like this, their goal is twofold,” intellectual property attorney Zachary Silbersher told VICE. “First, they want to stop the infringer, and the second goal is to send a message to everybody else that if you use that Nike Swoosh or its trademarks in a way that they don’t like, they’re going to come after you, and they’re going to be very aggressive about it. They’ll marshal all of the resources they have, and they probably have a lot more resources than you do.”

The lawsuit itself has two main parts: trademark infringement and trademark dilution. “Trademark infringement is when a use creates a likelihood of confusion or association, or the expectation that the use is authorized by the trademark owner,” said Alexandra Roberts, a professor at the University of New Hampshire School of Law.

“Dilution,” she continued, “is when a use harms the reputation of a famous mark in one of two ways, and Nike alleges both of those ways: The first one is blurring, which kind of eats away at distinctiveness of the famous mark by associating it with a second supply. The second is tarnishment, which is harming the famous mark’s reputation by associating it with something tawdry. Usually we see these cases about sex, pornography, or illicit drugs, so I think Satan…well, there’s a great example.”

Nike alleges that, although MSCHF might’ve started with 666 authentic pairs of Air Max 97s, the “material alterations” they made to the shoe—the pentagram, the Bible verse, the human blood—essentially turned them into new, unauthorized products that are being sold without Nike’s authorization. Although that sounds like a bit of a stretch, Roberts says that Nike making this distinction could prevent MSCHF from using a legal concept called first-sale doctrine in a potential defense.

“[The first-sale doctrine] is the idea that anytime you buy a brand new good, you can pretty much do whatever you want with it,” she explained. “You could buy a pack of baseball cards and sell some of them on eBay individually; you could drive to the Coach outlet, buy a bunch of handbags and sell them to your friends at a mark-up—that stuff is fine. But Nike is saying, ‘Listen, first-sale doctrine only applies to genuine goods, and we don’t want our trademark and Swoosh on goods that are no longer genuine.’ That material alteration means that what would’ve been covered by first-sale doctrine now becomes actual trademark infringement.”

Nike has requested a judgment ordering MSCHF to send them “all shoes, apparel, digital files, packaging, printed graphics, promotional materials, business cards, signs, labels, advertisements, flyers, circulars,” and any other Satan shoe-related items so they can all be destroyed. But based on the number of MSCHF shipping confirmation screenshots that seems unlikely.

Silbersher isn’t sure whether that matters anyway. “The damages that Nike will claim will include the profits that MSCHF made from the shoes,” he said. “In other trademark infringement cases where two competitors sue each other and there’s a lot of product being sold, getting one of the companies to stop delivery might be a big deal, or actually what you’re after. Even if MSCHF follows through with delivery, the damage has been done. Nike is going to claim that those damages were incurred regardless of whether the shoes were delivered.”

So how will MSCHF try to beat this? According to Roberts, it could be by claiming that they were joking about sneaker culture, by asking why Nike wasn’t mad about the Jesus version, or a combination of the two. “They could try to argue that even though they’re selling the sneakers commercially, they’re really an expressive work of art with a message, or they’re satirizing or sending up the Nike brand or the culture of Nike followers,” she said. “[They might argue] that they’re not commercial products that are directly competing with regular Nike shoes, instead they’re works of art or acts of parody that are critiquing social norms.”

That actually tracks with what MSCHF said about the entire concept of the Jesus shoes. “We thought of that Arizona Iced Tea and Adidas collab, where they were selling shoes that [advertised] a beverage company that sells iced tea at bodegas,” Greenberg told the New York Post in 2019. “So we wanted to make a statement about how absurd collab culture has gotten […] “We were wondering, what would a collab with Jesus Christ look like? As a Jew myself, the only thing I knew was that he walked on water.”

According to the Times, the Jesus shoes were the seventh most Googled shoe of 2019, but Nike had no legal response to them. So there’s a chance that contradiction could benefit MSCHF in court. “They could try to show that Nike is being selective when it chooses to complain about trademark infringement, and that sort of mitigates its claim that this was damaging to its brand,” Silbersher said. “On the other hand, I think there’s a clear difference between a Jesus shoe and a Satan shoe, if only because one created a widespread negative backlash and the other one didn’t.”

As for Lil Nas X, he’s tweeted a couple of very on-brand memes about the lawsuit but hasn’t released an official statement about it. Interestingly, Nike didn’t even mention him beyond its reference to “a rap artist who apparently collaborated with MSCHF on the Satan Shoes.” (That is some attorney-client shade, right there.) Both Roberts and Silbersher suggested that he could’ve been spared because he didn’t design or sell the shoe, because Nike decided it might be better just to leave him out of it, or both.

“I think that’s an interesting question,” Roberts said. “One answer might be that Nike is concerned about managing its image and not appearing to be anti-speech and pro-Christian conservative thought. We have an up-and-coming, super-popular gay Black artist, and does Nike want to be in the news for suing him right now? Maybe not, so they can accomplish what they want to accomplish by focusing on MSCHF.”

In a statement to VICE, a Nike spokesperson confirmed that it had filed a trademark infringement and dilution complaint against MSCHF. “We don’t have any further details to share on pending legal issues,” the company said. MSCHF did not respond to VICE’s request for comment about the lawsuit. A telephone conference for the case has been set for June 29, so hang on to your horns and cloven hooves, because this whole thing could get wicked.

Source: How Much Trouble is Lil Nas X in With the Nike Satan Shoe Lawsuit? 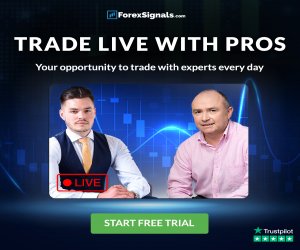